"What's Your Beef with NFP?"

Someone commented on my post “The Saving Grace of NFP”, saying, “I just don’t understand the beef you have with NFP.” I have much I want to write on this topic and the related concepts of marital chastity, marital love, and “generous” vs. “responsible” parenthood. For the moment, though, I’ll just throw out a few thoughts addressing my “beef with NFP”.

Let me clarify that it is definitely a problem I have with the concept – not necessarily with the individuals who are practicing NFP. As has been pointed out repeatedly, and as I have agreed, no one can know the couple’s situation better than they do. Still, it is the duty of the Church to offer guidelines as to what constitutes a “serious reason” to use NFP, and I see the Church failing in that regard.

First of all, it seems to me that we should be promoting God's family "planning", which would likely mean less "control" and more children. The Church seems to have been convinced by “modern” reasoning that it is not good to have many children. For instance, Humanae Vitae starts out with a statement that

…there is the rapid increase in population which has made many fear that world population is going to grow faster than available resources, with the consequence that many families and developing countries would be faced with greater hardships…[G]reater demands made both in the economic and educational field pose a living situation in which it is frequently difficult these days to provide properly for a large family. (par. 2)

And yet there is firm evidence against the myth of overpopulation, and we are seeing associated problems emerging for nations like Japan, where the birth rate has been too low for too long.

Besides, truth never changes. Either God said, “Be fruitful and multiply” or He didn’t. I know God did not say, “Go forth and beget according to responsible parenthood”, and He didn’t say, “Be fruitful and multiply, but only until the earth is overpopulated”. The value and virtue of a large family was once understood and taught; now, having many children is seen as selfish and irresponsible.

That NFP education is required in most dioceses before Catholics can get married seems like clear evidence that Church leadership is taking for granted that couples will want to practice birth control; they just want to make sure a licit method is used. The idea is to offer an alternative, but to avoid the “baggage” of that dissented teaching of Humanae Vitae. In other words, don’t talk about the evil of contraception – just skirt the issue and offer something that is “just as effective as” the prohibited practice.

There is virtually no teaching about the sin of birth control as such – whether it’s birth control by artificial or “natural” means. If a couple gets married and plans to postpone having children for an unspecified number of years while they finish school, establish their careers, pay off student debts, build their house or whatever, then they are not prepared to get married, and they should not. No one leading today’s marriage prep classes is going to say that, but, really, to marry at such a time is elevating the secondary end of marriage to primary status. Children have become a "commodity" that is "purchased" when a couple is "ready."

Oh…wait…Certain documents in recent times have begun to allude to the two inseparably intertwined ends of marriage – procreative and unitive – without giving primacy to the procreative end. But, as John Galvin points out, Humanae Vitae introduced the concept of that inseparability with virtually no support from the tradition of the Church on the meaning of marriage. It is a new and novel concept with little support. 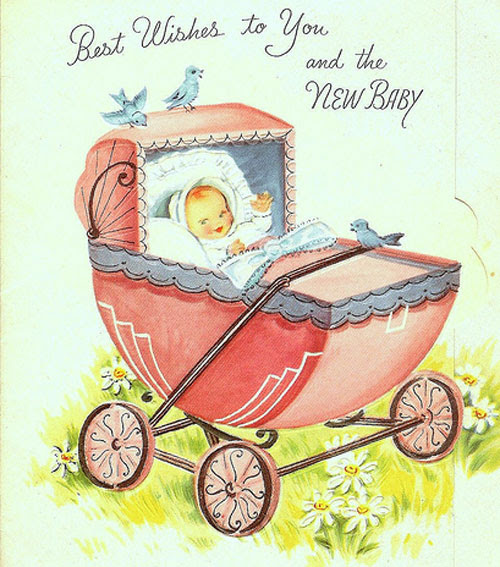 The fact is, the teachings of the Church on marriage, going back to the Fathers of the Church, properly order the ends of marriage, with "procreation" as primary. In actuality, there is no point to marriage as a social institution without an explicit reference to procreation: we marry in order to have children, not to find "soul mates" with whom we can plan how many or even whether to have children. Sex with the explicit intention to avoid pregnancy is wrong in itself, rendering discussion of contraceptive methods quite secondary.

I take exception, too, to the claim that "we're just taking advantage of the natural cycles of fertility created in us by God". Yes, there is a natural cycle of fertility placed there by God, possibly so that we're not just scared to death that every time we have sex with our spouses we'll get pregnant! I think God is perfectly fine with married couples expressing their love with one another in intimate ways, else why would the Song of Songs be so "sexy"?

The natural flow of married life and love will inevitably overlap with times of fertility and infertility, but it's not up to us to "chart" this so that we can deliberately frustrate the Will of God. Why would it make sense to think that God would want us to have this kind of "control" over fertility such that God is left out of the procreative process except when we want Him to be part of it?

Harry Crocker was absolutely and brilliantly right when he said that it's a blessing that his children came "by accident" while trying to practice NFP because if it were left up to him and his wife, they probably would have found any number of reasons not to have children "at this time."

All married men and women know that if they are continent they will not get pregnant. And that's exactly the way people "spaced births" in the past. That is respecting "the natural cycles of fertility”. But even that is to be discouraged because it can be an occasion of sin for either spouse to deny or deprive the other. As the priest of the NFP homily says, "The marriage debt must be paid generously." And the "marriage debt", remember, is the "duty of motherhood." We're not supposed to say "No, not now" to God, and try to "work the divine system" to our alleged advantage.

I know there are couples who have truly serious reasons for using NFP. Still, it seems that using NFP in such situations is tantamount to saying, "There is a good reason not to have children at this time, but we very much want to continue to have sex." How does that translate to “responsible parenthood”? In situations where NFP has been practiced for many potentially fertile years, it is arguable that the couple have seized from God the Divine Providence of life and put themselves in control.

In the case where death might result from pregnancy, either for the woman or the child conceived, sexual relations themselves could even be considered reckless and irresponsible. After all, there is some margin of error in every method of birth control. In my opinion – and that's all it is – the "heroic" response would be abstinence, a laughable value in today's culture. But ask yourself: why would a husband risk the life of his wife or baby? Would he say, “There’s only a one percent chance that I’ll get in a car accident today, so for this short trip to the grocery store, I won’t buckle the baby into his car seat”?

It's a lot easier to reflect on issues of "family planning" and "contraceptive methods" from the vantage point of "no dog in the hunt." I’m too old for the issue to affect me personally. I have the luxury of gazing back over my life and recognizing "the follies and selfishness of youth" – and, regrettably, I have a checkered past from which to speak.

From the perspective of age and experience, and from the perspective of the traditional teachings of the Church, family planning as such is morally problematic. I'll address that further in another post. But currently, the Church says that NFP can be practiced for serious (grave) reasons and I can in no way judge any couple's particular circumstances. That's a decision made before God - but the Church needs to provide some guidance so that we do not deceive ourselves as to our motives.

My point in raising this issue at all is to "reveal" that there can be and is a lot of selfishness present in any form of "intention" against children. Teaching couples to use NFP without addressing the "serious reasons" and the idea of "generous" parenthood seems negligent to me.

Other posts about NFP:

The Saving Grace of NFP

Why Are We Pushing NFP?
Marital Chastity, Fruitful Multiplication...and NFP?
On Clarifying the Licit Use of NFP
What's Wrong with NFP?
Abuses of NFP and the Duty of Motherhood
Posted by Jay at 5:29 PM