Like some other bloggers, I noted with interest an article in the Washington Post entitled “Young Catholic Women Try to Modernize the Message on Birth Control”…although, frankly, I didn’t have much hope that it would really reflect what I have come to think about Natural Family Planning myself.

You can read that article at the link, along with a couple of good commentaries on it: “NFP: Not Just Natural Birth Control”, by DarwinCatholic at American Catholic blog, and “Truth in Advertising: How We Talk About NFP”, by Emily Stimpson at CatholicVote. Both make excellent points about NFP providing the opportunity to grow in virtue.

But I can’t say that I fully agree with the conclusions of those two articles, either.

Here’s an excerpt from the Post article which seemed to grab all of us:

Yet the images the church uses to promote its own method of birth control freaked [McGuire] out. Pamphlets for what the church calls natural family planning feature photos of babies galore. A church-sponsored class on the method uses a book with a woman on the cover, smiling as she balances a grocery bag on one hip, a baby on the other.

“My guess is 99 out of 100 21st-century women trying to navigate the decision about contraception would see that cover and run for the hills,” McGuire wrote in a post on her blog, Altcatholicah, which is aimed at Catholic women.

McGuire, 26, of Alexandria is part of a movement of younger, religiously conservative Catholic women who are trying to rebrand an often-ignored church teaching: its ban on birth control methods such as the Pill. Arguing that church theology has been poorly explained and encouraged, they want to shift the image of a traditional Catholic woman from one at home with children to one with a great, communicative sex life, a chemical-free body and babies only when the parents think the time is right.

Stop right there. Houston, we have a problem.

NFP is not supposed to be about parents deciding the time is right to have a baby. (And although NFP can also be used to achieve pregnancy, I’m focusing on the avoidance of pregnancy in this post.) The reason many people think of NFP as “Catholic birth control” is because that’s how it is used by many well-meaning couples. Claiming that a couple using NFP is “open to life” while they abstain from sex during the woman’s fertile period in order to intentionally avoid pregnancy – well…that’s a contradiction in terms. 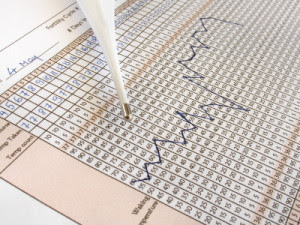 Besides that, using NFP to implement the parents’ will is also against Church teaching. In his post on this topic, Dr. Taylor Marshall does an excellent job of explaining why NFP is permitted only for serious reasons, and what those reasons are. He summarized an excellent homily in which the priest leaned heavily on the teaching of Pope Pius XII:

NFP or periodic continence can only lawfully be practiced without sin for serious reasons or "just causes," which [Pope Pius XII] lists as “medical, eugenic, economic, and social” reasons.

The point is, NFP is not to be used as a means to have babies “when parents think the time is right.”

The other two blog posts mentioned above make some good points in response to the Washington Post article, but they are flawed as well.

… rejecting contraception in general requires trust—trust in God’s will and God’s provision. It requires generosity—a willingness to put others needs before our own. It requires a spirit of poverty—detachment from the extras our culture says are essentials…

I think it can easily be argued that using NFP to avoid pregnancy is an expression of a lack of trust in God’s will and provision. It’s an active effort on the part of the couple to second-guess God’s timing for the family’s new members. Ms. Stimpson also notes:

…Few are able to use it to space births with the same precision the manuals promise. Not because the methods don’t work. But rather because wills are weak and temptation is tempting…

There’s an assumption here that many people make about NFP: that the Church condones its use for the spacing of births at the parents’ will – not God’s. This is not truly the case; again, there must be serious reasons for periodic continence. Ms. Stimpson continues: 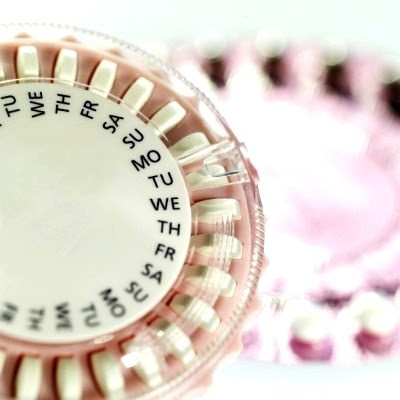 …NFP…demands that we reject our cultural programming and embrace a different way of thinking. Not simply about sex, but about everything: children, family, marriage, finances, work, God, desire, love, life’s purpose, life’s meaning, human freedom, the Divine Will, suffering, sacrifice. Again, everything.

She makes a very good point here that eschewing the use of artificial contraception is a counter-cultural choice – heck, just look at the HSS contraception mandate! And it’s true that a Catholic world view does mean a different perspective on “everything”, as Ms. Stimpson says.

But then she concludes:

NFP is not Catholic birth control. It’s the Catholic world view…lived out in the bedroom.

And I have to say, flatly: No. NFP is not the Catholic world view lived out in the bedroom – not if it is used frequently and without serious reasons, for the express purpose of avoiding pregnancy.

It’s not that I don’t believe NFP can have a beneficial effect on a couple’s marriage. I understand the point being made by DarwinCatholic when he says:

Using NFP is rewarding. It trains spouses into greater consideration for each other, a more communicative and other-focused sexuality, and a greater appreciation of the way that their love for each other ties intimately together with their parenthood.

But is using NFP to prevent pregnancy really trusting God? And even if NFP can have beneficial results for the couple, it is never permitted to do evil that good may come of it. And NFP used for the primary purpose of preventing pregnancy – in the absence of serious reasons – would constitute a sin. Under those circumstances, NFP is not objectively different from any other form of contraception.

The whole idea of a married couple becoming aware of the wife’s fertile times, and using that knowledge to decide whether or not to engage in marital relations seems rather presumptuous if you really think about it. How can it be that human reasoning is greater than God’s providence and His plan to add one more soul to His Creation?

In the scheme of NFP, Almighty Man persists in placing human prudence over that of Almighty God, and to that extent telling God that he does not want to subject himself to His Providence, nor to fill up the Body of Jesus on any terms but his own. Men have either forgotten, or refuse to believe, that the Creator can handle His own creation with even greater providence and prudence than they might imagine under the most trying of circumstances. (p. 66).

God has a plan that’s bigger than ours – and His plan is always the best for us.

In a previous post, “Giving Life to Little Souls”, I wrote:

There are souls who exist in the mind of God, and whose conception awaits a couple who will say “yes” to God’s invitation to give that thought life. The contraceptive mentality of our society has prevented untold numbers of these souls from coming into existence, all because we put our own selfish desires and concupiscences ahead of God’s plan for life, all because we “aren’t ready” or “we can’t afford another child” or whatever other reason we come up with that we think trumps God’s perfect will.
Pius XII, in his Address to Newlyweds (March 1941) said:

It will depend on you whether those innocent souls, whom the embrace of Infinite Love desires to call from nothing, shall come to the threshold of life, in order to make of them one day His chosen companions in the eternal happiness of Heaven. But alas! If they remain merely magnificent images in the mind of God when they could have been rays of sun that illuminate every man who comes into this world (John 1:9), they will remain forever nothing but lights extinguished by the cowardice and selfishness of man!

Openness to life means more than being anti-abortion.

It also means more than being anti-contraception.

It even means more than being pro-NFP.

Related:
The Evil of Contraception: The Vortex
Contraception + Bishops = Fail: Vortex
Posted by Jay at 8:04 AM