Thoughts on "Priesthood In Crisis"

Having seen references to Fr. Matthew Despard in the news recently, I was prompted to read his controversial book, Priesthood in Crisis. Fr. Despard writes of his own personal experience and knowledge of the gay subculture within the Church in Scotland, and he is not afraid to name names, dates, places, and events. He notes in the preface that

This is a book that I do not want to write…I write it “more in sorrow than in anger”. I write it, to a degree, out of the pain of my own victim hood. But more than anything, I write it because it must be written.

Good-by, Good Men (by Michael S. Rose) documented and discussed the homosexual crisis in seminaries in the United States; Fr. Despard does the same regarding not only the seminaries in Scotland, but the Church hierarchy as well. Fr. Despard speaks almost exclusively from his own experience, citing instance after instance where he was pressured by homosexual priests to engage in inappropriate behavior, and was ostracized when he refused to comply.  Worse than “ostracized”, he was persecuted.

And his troubles aren’t going to cease with the recent attention given his book. It was published in 2010, but recently became available on Kindle (see this story for some background on the Scottish Church’s troubles, and some quotes from the book). Another  story states that friends of Fr. Despard say he “fears he could be stripped of his priesthood”. The story notes that diocesan officials deny that this is even being considered.

Near the end of the book, Fr. Despard makes some good general points about the loss of faith in both the laity and the clergy. He starts with the question, “Why are Catholics turning their backs on traditional doctrine and morality?” Indeed! And we can include Catholics at all levels of the hierarchy in that question! Fr. Despard examines the question further (all emphases mine):

[W]hy do some Catholics reject the Church’s teachings? What has influenced their choice? Was it the media? Was it the pagan liberalism that is sweeping through the western world? Was it simple selfishness and self-involvement? Whatever the reason, it stems from a weakness of faith, a lack of understanding of the obligations of the faith, and a general loss of any sense of the faith.

And my honest belief as to why this is so is because many priests have lost a sense of their vocation, have lost that burning desire to follow the instructions from Jesus to heal the sick, to cast out demons and to preach the Word.

From my perspective, this is the crux of the situation: many priests have lost a sense of their vocation. I saw this first when I began to experience the extraordinary form of the Mass. In my view, the EF Mass lets the priest be a priest. Turning him to face the people is the first step in taking away the sense of his sacred duty and privilege before God in the Mass, I think. And it’s all downhill from there. Abuses of the Novus Ordo Mass resulted in the liturgy being damaged, and that damaged the priesthood.

…It is easy, too, to assume that we [priests] are following our vocations honestly and fully but how determinedly do we catechize our people? How often, and with what deliberate purpose, do we ask them what it means to be Catholic?

….Sadly, when spirituality begins to wane, cynicism begins to prosper. And if they lack spirituality, priests cannot deliver the gospel to their flocks. In their lack of spirituality, they fall victim to their base desires and to the siren call of the world. 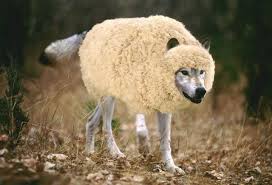 Fr. Despard believes “there is currently a major apostasy rife in the Church, an apostasy that conceals itself under the various guises of tolerance, pro-choice, equality and other forms of social and political correctness”. He comments further:

How terrible it is for the priests of our Church to stand by and permit the uninhibited growth of those twin modern perversions – liberalism and relativism – to flourish unchecked. How ignorant of our Christian faith and its tenets are our flocks allowed to become?

And then he asks this very pertinent question:

So why cannot our Church leaders see this? Why are they not mobilizing a Church fight-back, a re-education of its members, a challenge to the increasingly atheistic agenda that permeates our lives…?

I know there are some good priests and good bishops courageously teaching the Truth, but sometimes it seems that they constitute a very small minority. Countering our good shepherds, there are Church leaders who seem to not see the problem because they are part of it. When those Church leaders are in a position to choose which young men to admit to seminary, and which seminarians to ordain to the priesthood, and which priests to make bishops…well, there’s a problem – at least for us humans.

But with God, of course, all things are possible.